At the start of 2020, nobody would have predicted that South Africa’s borders would be completely shut.Amid the coronavirus pandemic, we’ve realised how important our connections are to Africa and the world.

But now that the lockdown is being eased and our borders are opening up again, we have a unique opportunity to forge a better way of doing things that can boost trade on our continent.

Prior to the lockdown, moves were already afoot to improve continental commerce with the launch of the landmark Africa Continental Free Trade Area (AfCFTA) agreement in 2019.

While this has been a positive development, the reality is that Africa still has a long way to go

With 54 countries, there are 54 different identity and national border systems. This is naturally very challenging for businesses. However, by managing identity verification better, we can still respect each nation’s sovereignty while boosting trade.

And the key to achieving this lies with the use of biometrics technology and more continental-wide identity bureaus.

If we look at China as one example, that country’s widespread biometric identity system has enabled a universal cashless payment system that is respected the world over.

For a country of 1.4 billion people, Chinese citizens rarely use credit cards or cash to buy goods – they use mobile apps and QR-scanners such as WeChat.

In Africa, the appetite for cashless trade is just as strong, as is seen with the incredible success of M-Pesa in Kenya.

To have more M-Pesas in Africa, we need to establish more regional biometric identity bureaus.

By having a singular identity bureau — which, for example, hosts the passport and ID information of all citizens in the SADC region — this would create the base infrastructure to help enable faster and more efficient cross-border payments.

To make such a single identity bureau work, we need to collect and house the necessary identity data. In nations such as South Africa, there are already efforts underway to digitise and modernise the capturing of identity information of its 59 million citizens through the use of fingerprint and facial biometrics. Nigeria has also established its National Identity Management Commission (NIMC) and NIMC Director-General Aliyu Aziz believes his country will be able to enroll the biometrics of all 209 million Nigerian citizens in less than five years.

Interestingly, other African countries have the ability to catch up by using the latest biometric identity verification technologies that are increasingly available on smartphones.

Government officials in various countries could, in theory, use web and mobile apps such as our own at WhoYou that have the capability of using a smartphone camera to help capture and verify facial and fingerprint data, and update this data on their respective national population registers.

By employing this type of digital biometric identity verification, we would be laying the groundwork for something called TT3 transactions. These are the more remote, non-face-to-face transactions that are becoming a bigger part of our global economy and key to better cross-border trade.

These types of transactions also give businesses the ability to leverage big data for transactional information, thereby enhancing aspects such as KYC, or Know Your Customer.

In Africa, we have the expertise locally to roll this type of tech out at scale, and there’s no doubt that biometric technology would be an enabler for a better, smarter cashless payments system that still respects borders.

More than ever, African nations will also need each other to steer themselves out of the economic crisis sparked by COVID-19. Organisations such as ID4Africa and initiatives such as the World Bank’s ID4D (Identification for Development) are further driving the necessity for digital identification ecosystems in order to promote financial inclusion and access to government services.

If we move to solidify our identity technology and bolster cross-border, cashless trade; this is one way to help us move forward and build a better continent for all. 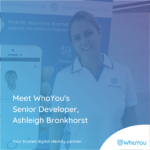 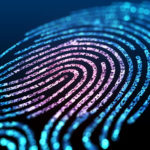